To share your memory on the wall of Lloyd McKenzie, sign in using one of the following options:

We encourage you to share your most beloved memories of Lloyd here, so that the family and other loved ones can always see it. You can upload cherished photographs, or share your favorite stories, and can even comment on those shared by others.

Posted Mar 07, 2021 at 03:57pm
Michelle, Shelby, and Monique, I kindly offer my prayers and condolences on the untimely passing away of your dear husband, dad, and grandfather. I cherish the memories when we were neighbors years back on Rogers Street. May the extended Hand of Our Savior comfort all of you at this difficult time.
Comment Share
Share via: 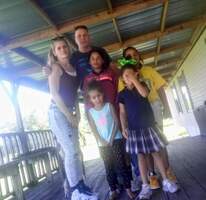