To share your memory on the wall of Brenda Hayes, sign in using one of the following options:

We encourage you to share your most beloved memories of Brenda here, so that the family and other loved ones can always see it. You can upload cherished photographs, or share your favorite stories, and can even comment on those shared by others.

Posted Apr 07, 2021 at 04:33pm
Miss Brenda will definitely be missed. I love her so much she was such a sweet lady her and loved her dearly ! Prayers for your family !

Posted Apr 06, 2021 at 06:18pm
We are so sorry for your loss. She was a great friend and a great cook. She was always bring us baked goodies. She will be greatly missed.
Lou and Cesar Simon
Comment Share
Share via:
CS

Posted Apr 06, 2021 at 08:53am
Mr. Darwin, Stacie, Shiela and David my deepest condolences to the family. I have so many beautiful stories I could share. I will leave this memory with all of you. Mrs. Brenda has know me almost all my life. She and Mr. Darwin were dear friends of our family. We have had so many wonderful memories growing up. I will never forget her warming soul, contagious smile, gentle voice and mostly her loving and generous heart. Her love for people was always there to great anyone she ever met. So many of my weekends as a child were spent with the Hayes family. Cookouts, sleepovers, travel trips, boating and skiing events were always amazing fun. Never will I forget the love and mentoring she provided to so many of us. You are an Angel and will be sadly missed. I love you always ❤️
Comment Share
Share via:
CH

Posted Apr 05, 2021 at 02:39pm
My parents, Larry and Sandra Johnson were pigeon friends of Darwin and Brenda. They loved Brenda and always had so much admiration for her strong work ethic! Brenda knew as much about pigeons as Darwin. I think Daddy always secretly wished my mom (Sandra) could help with them like Brenda did! My mom has passed on, hopefully she and Brenda will be visiting in heaven! Prayers to the Hayes family for the loss of Ms. Brenda. What a lovely lady. — Cherie Hebert
Comment Share
Share via:
DB

Posted Apr 05, 2021 at 10:37am
I LOVED TALKING TO HER ABOUT AL HER CHRISTMAS TREES , SHE WAS ONE OF A KIND AND WILL BE GREATLY MISSED BUY ALL
PRAYERS FOR HER FAMILY DAPHNE BURNS 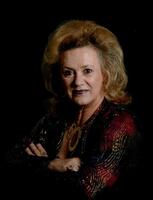