To share your memory on the wall of Robert Pons, sign in using one of the following options:

We encourage you to share your most beloved memories of Robert here, so that the family and other loved ones can always see it. You can upload cherished photographs, or share your favorite stories, and can even comment on those shared by others.

3 trees were planted in the memory of Robert Pons

Posted Apr 23, 2021 at 09:20pm
My sweet and loving godfather. I will miss you tremendously as you were an integral part of our family. You and Dad always had a strong bond and it was special to the rest of us. Thank you for being a great godfather confirming to me how awesome it is to be Catholic. May you rest in peace! Love, Trisha
Comment Share
Share via:

Posted Apr 20, 2021 at 02:20pm
I was in Bobby & Carol's wedding. Walked with Melissa. The night of the rehearsal dinner I sampled my first beer - ice cold Dixie! Bobby was the life of any party! Last time I was with him, he and a few Crombie cousins attended a Tulane game in new Tulane stadium v the Ragin Cajuns. After, we ate at a dive restaurant on St. Charles. We laughed & laughed and drank cold Dixies. What a time ! ! ! Miss ya Bobby ! ! !
- - Paul Crombie
Comment Share
Share via: 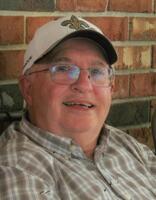