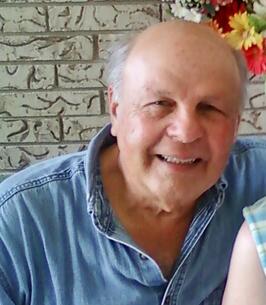 Funeral services will be held at 2:00 p.m. Thursday, August 4, 2022 at the Northside Assembly of God Acadiana Cathedral for Larry Edwin Franke, 81, who died at 2:30 a.m. Tuesday, August 2, 2022 in Crowley LA.
Pastor Randy Trahan will celebrate the funeral services and visitation may be observed at the Northside Assembly of God on Thursday from 10:00 a.m. until service time. The burial will follow in the Woodlawn Cemetery.
Mr. Franke was born February 23, 1941 in San Antonio, Texas to Clifford and Isla Updyke Franke. He worked many years as a Plant Operator for Union Texas Petroleum. He was master craftsman and enjoyed his woodworking. He loved spending time with his family and friends.
He is survived by his wife of 61 years Loraine Hanks Franke; 2 sons, Jody Franke of Baton Rouge, LA and Michael Franke of Jacksonville, FL; 1 brother, Richard L. Franke of San Antonio, TX; 1 granddaughter, Jodie Leigh Franke of Denton, TX.
He was preceded in death by his parents and a brother, David Alvin Franke.
Pallbearers will be, Kenny Quibodeaux, Bryan Quibodeaux, Johnny Benoit, Tim Morgan, Henry Richard, Dustin Quibodeaux, Steve Reed and Owen Foreman.
You may view the obituary, sign the guest registry and express condolences online to Mr. Franke’s family at www.duhonfuneralhome.com.
Duhon Funeral Home-Crowley, (337)783-1395, 1529 Crowley-Rayne Hwy., Crowley, LA 70526 is in charge of all of the arrangements.

All rights reserved. This obituary is also archived at obittree.com