To share your memory on the wall of Thomas Morgan, sign in using one of the following options:

We encourage you to share your most beloved memories of Thomas here, so that the family and other loved ones can always see it. You can upload cherished photographs, or share your favorite stories, and can even comment on those shared by others.

Kopp Family, Staff and Management of Landry Aero Division, and other have sent flowers to the family of Thomas Joseph Morgan Jr.
Show you care by sending flowers

Posted Apr 29, 2021 at 09:35am
Kassandra and family, I am so sorry to learn of the tragic passing of your son TJ. I pray that the Lord will welcome him into his eternal reward in heaven and that he sends the Holy Spirit to your family to comfort you during this time. May he rest in peace. Tom Trahan
Comment Share
Share via:
HS

Posted Apr 27, 2021 at 06:59pm
We are thinking and praying for you and your family. We are incredibly sorry for your loss. Dan and Jeannie Tonner, Roy and Deb Sharp

Flowers were purchased for the family of Thomas Morgan. Send Flowers

Posted Apr 27, 2021 at 09:36am
RIP Thomas Morgan jr. I remember our talks at your grandmas fish market. How you loved the Dukes of Hazard. You will not be forgotten. You left behind so many people who truly love you . you are not here physically but you live on through friends and family. Jesus has another angel.
Comment Share
Share via:
SD

Staff and Management of Landry Aero Division purchased the Vivid Recollections for the family of Thomas Morgan. Send Flowers 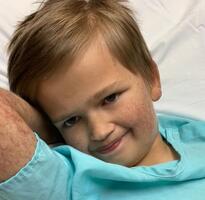